Difference between revisions of "Augustin Scalbert" 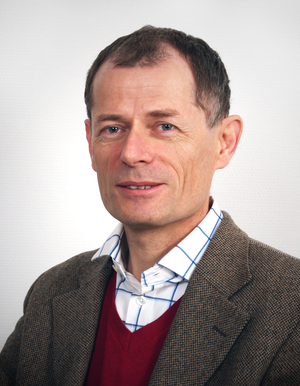 Augustin Scalbert is head of the Biomarkers Group at the International Agency for Research on Cancer (IARC) in Lyon, France (www.iarc.fr). His current research focusses on the development and implementation of metabolomic approaches in cancer epidemiology. Main objectives of his group are to discover novel biomarkers of exposure for dietary, environmental, and other lifestyle factors, and to identify risk factors for cancer and intermediate end-points through biomarker approaches. Robust methodologies developed in his lab for both targeted and untargeted metabolomic analyses have been applied in large multicentric epidemiological studies such as the European Prospective Investigation on Cancer and nutrition (EPIC) study and other EU-funded projects (EXPOsOMICS, TRANSCAN MetaboCCC). He developed the Exposome-Explorer database on biomarkers of exposure to disease risk factors (http://exposome-explorer.iarc.fr/). Before arriving at IARC in 2010, he conducted research at the National Institute of Agriculture Research (INRA) on the structure of lignins and tannins in lignocellulosic materials (INRA Grignon) and on the bioavailability and functions of dietary polyphenols in human nutrition (INRA Clermont-Ferrand). He has been identified as a Highly Cited Researcher (Clarivate Analytics).

1. When and why did you start using metabolomics in your investigations? I started using metabolomics about 15 years ago, when working on the health effects of dietary polyphenols. There were so many hypotheses on their biological effects and effects on human health and this made me feel that hypothesis-driven approaches were reaching some limits. This was particularly true in the field of nutrition research, with growing interest for many food bioactives like polyphenols, carotenoids, glucosinolates, phytates, etc. Many mechanisms of action had been proposed, largely based on in vitro studies, but few had been demonstrated in humans. Metabolomics offered a way to look at metabolic effects in a more comprehensive way in preclinical and dietary intervention studies. It became possible to compare the effects of food bioactive compounds on a large diversity of metabolic pathways, according to their magnitude, frequency or early onset, and to raise novel hypotheses on mechanisms of action. A second reason for my interest was the complexity of exposures to a huge number of compounds known in various foods. Here again, metabolomics revealed itself as a powerful approach to describe exposures to these natural compounds and to discover biomarkers of exposure for a large diversity of foods.