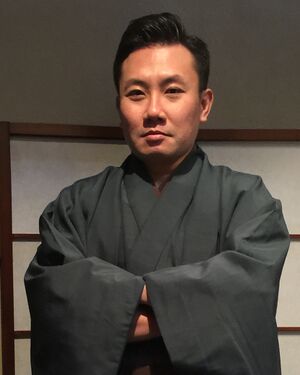 Shuichi Shimma received his B.S. degree in 2001 and M.S. degree in 2003 from University of Tsukuba, Japan. He completed the doctoral course at the graduate university for advanced studies, and received his Ph.D in 2007. He served as JSPS post-doctoral fellow and assistant professor at Osaka University between 2007 and 2012. From 2012, he entered National Cancer Center Research Institute in Tokyo and started to apply imaging mass spectrometry for clinical pharmacology. From 2015, he started a position of associate professor at Osaka University, Japan. His research interest is to develop instruments and applications for mass spectrometry imaging in plant and food science, medical science to visualize biomolecules (biological metabolites) and drugs. He is also an Associate Professor in Osaka University, Japan.

I studied physics until my master’s degree. I collaborated with Shimadzu to develop a mass spectrometry imaging (MSI) system in my doctoral program. I initially aimed at protein imaging, but the detection sensitivity was low, so I started phospholipids imaging in mouse brains and cancer tissues. Therefore, I can say that I introduced metabolomics (especially phospholipids analysis) to evaluate the performance of the developed instrument during my doctoral course.

Recently, I have applied MSI in various fields (biology, medicine, botany, food science). Among them, I have realized new enzyme histochemistry method with MSI [1][2] and are applying it to plant science. I am also involved in the performance evaluation and application development of a new MSI instrument, the iMScope QT (Shimadzu, Kyoto, Japan).

3. At the beginning of your career, you are involved in physics science and then changing into life sciences and biology, How do you overcome the challenges and dissimilarities between both of study?

I get asked that question all the time. It would be interesting to hear my background. In my case, I majored in particle physics and developed instruments. Therefore, I switched fields to life sciences starting with instrumental development. The fundamentals of instrumental development are the same in any field. It simply differs in its application. For this reason, I studied instrumentation and brain science, which I was considering as a field of application at the time. At that time, I felt a big difference from physics. As I have already mentioned, I was studying particle physics. In particle physics, all phenomena are described by a very simple quantum field theory and gauge theory (the formulas are beautiful). On the other hand, I rarely saw formulas in biology. Of course, there are many different fields within biology, so I am describing one aspect of molecular biology that I worked on. At first, I was puzzled by this point, but I got used to it while doing research. In addition, I learned experimental techniques of molecular biology through research, not textbooks.

My group's motto is "Seeing is believing. I want to make the various molecules in different samples visible. However, I am not in a situation where I can see everything at this point. Furthermore, even if I could, the process would be a trial-and-error process. At present, there is no other solution. I am trying to say that no matter how good the instrument is, what is important is the sample preparation method. Fortunately, I have gained much know-how through my research so far. However, I think that is not enough. It is just my imagination, but I would like to propose optimal sample preparation using AI and other methods in the future. I do not know if it is possible.

5. Mass spectrometry imaging is indeed an interesting field, what is your advice to the early-career researcher that wants to be involved in this field?

I think it's good that you are as interested in different fields as I am. I also did research at CERN in Geneva, Switzerland, during my master's period. The time spent at CERN allowed me to study instrumental development and theory in particle physics (Actually, I felt that the experimental and theoretical researchers were quite different!). The two years I spent immersed in research in Switzerland are still a treasure for me.

Back on topic, I consider MSI to have a cross-disciplinary aspect as it can be applied to various samples. It is not just a matter of obtaining ion distributions but also of knowing the anatomy of the sample in order to interpret the data. Furthermore, in recent years, methods have been reported to analyze many mass spectra obtained by MSI, considering them as big data. I believe that anyone from basic life science researchers to information scientists can be involved in MSI research. This situation is especially remarkable in Europe and the United States.